Hello there, avid readers! I hope everyone is having a wonderful week. Mine has been okay, a little hectic and just a tad annoying. Although I have been reading like crazy so that always helps my stress levels In any case, check out this weeks reading list. Let me tell you these titles are something I’m pretty excited about. 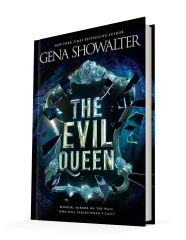 Welcome to the Forest of Good and Evil. A dream come true, and a living nightmare.

Evil isn’t born, it’s made. One thought and action at a time. Take a good look at what you’ve made.

Far, far away, in the realm of Enchantia, creatures of legend still exist, magic is the norm and fairy tales are real. Except, fairy tales aren’t based on myths and legends of the past—they are prophecies of the future.

Raised in the mortal realm, Everly Morrow has no idea she’s a real life fairy tale princess—until she manifests an ability to commune with mirrors.

Look. See… What will one peek hurt?

Soon, a horrifying truth is revealed. She is fated to be Snow White’s greatest enemy, the Evil Queen.

With powers beyond her imagination or control—and determined to change Fate itself—Everly returns to the land of her birth. There, she meets Roth Charmaine, the supposed Prince Charming. Their attraction is undeniable, but their relationship is doomed.

As bits and pieces of the prophecy unfold, Everly faces one betrayal after another, and giving in to her dark side proves more tempting every day. Can she resist, or will she become the queen—and villain—she was born to be? 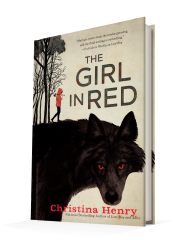 From the national bestselling author of Alice comes a postapocalyptic take on the perennial classic “Little Red Riding Hood”…about a woman who isn’t as defenseless as she seems.

It’s not safe for anyone alone in the woods. There are predators that come out at night: critters and coyotes, snakes and wolves. But the woman in the red jacket has no choice. Not since the Crisis came, decimated the population, and sent those who survived fleeing into quarantine camps that serve as breeding grounds for death, destruction, and disease. She is just a woman trying not to get killed in a world that doesn’t look anything like the one she grew up in, the one that was perfectly sane and normal and boring until three months ago.

There are worse threats in the woods than the things that stalk their prey at night. Sometimes, there are men. Men with dark desires, weak wills, and evil intents. Men in uniform with classified information, deadly secrets, and unforgiving orders. And sometimes, just sometimes, there’s something worse than all of the horrible people and vicious beasts combined.

Red doesn’t like to think of herself as a killer, but she isn’t about to let herself get eaten up just because she is a woman alone in the woods…. 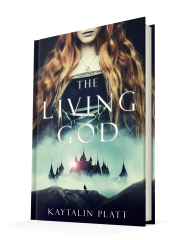 The Living God is foretold to bring about the destruction of the world in order to rebuild it into a paradise. Some worship and welcome His coming, other’s fear Him and would do anything to stop it. The Living God follows the internal struggle of two mages, Saran and Keleir, as they confront their fears and attempt to find meaning in the hand that life has dealt them. Saran seeks to overthrow her crazed father and salvage what is left of her country before it falls into complete ruin. Keleir is cursed with a Rauke’s soul, an ancient creature who is only able to survive by merging with an unborn child upon entering our world. Saran and Keleir are touched by fate, gifted with the ability to sense each other, and destined for a future that neither care to know. When Saran’s magic is stolen, she must confront a life without the ability to manipulate time, struggle to see the rebellion finished, and keep Keleir from becoming The Living God.