Hey there readers! I hope everyone is having a wonderful week. It seems I have caught a cold which has left me pretty tired. I’ve literally been falling asleep at night reading with a book open on my chest. I’m slowly on the mend so I’m trying to take the time to catch up on my reading. 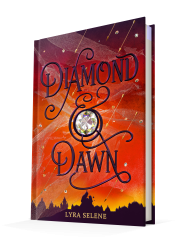 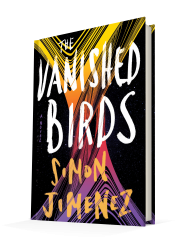 A mysterious child lands in the care of a solitary woman, changing both of their lives forever in this captivating debut of connection across space and time.

“This is when your life begins.”

Nia Imani is a woman out of place and outside of time. Decades of travel through the stars are condensed into mere months for her, though the years continue to march steadily onward for everyone she has ever known. Her friends and lovers have aged past her; all she has left is work. Alone and adrift, she lives only for the next paycheck, until the day she meets a mysterious boy, fallen from the sky.

A boy, broken by his past.

The scarred child does not speak, his only form of communication the beautiful and haunting music he plays on an old wooden flute. Captured by his songs and their strange, immediate connection, Nia decides to take the boy in. And over years of starlit travel, these two outsiders discover in each other the things they lack. For him, a home, a place of love and safety. For her, an anchor to the world outside of herself.

For both of them, a family.

But Nia is not the only one who wants the boy. The past hungers for him, and when it catches up, it threatens to tear this makeshift family apart.

In the city of Craewick, memories reign. The power-obsessed ruler of the city, Madame, has cultivated a society in which memories are currency, citizens are divided by ability, and Gifted individuals can take memories from others through touch as they please.

Seventeen-year-old Etta Lark is desperate to live outside of the corrupt culture, but grapples with the guilt of an accident that has left her mother bedridden in the city’s asylum. When Madame threatens to put her mother up for auction, a Craewick practice in which a “criminal’s” memories are sold to the highest bidder before being killed, Etta will do whatever it takes to save her. Even if it means rejoining the Shadows, the rebel group she swore off in the wake of the accident years earlier.

To prove her allegiance to the Shadows and rescue her mother, Etta must steal a memorized map of the Maze, a formidable prison created by the bloodthirsty ruler of a neighboring Realm. So she sets out on a journey in which she faces startling attacks, unexpected romance, and, above all, her own past in order to set things right in her world.