Johnny and Alison have discovered they have magic. Real magic. Now enrolled in a secret academy, they sense sinister in the air. Together they seek to discover the academy’s secrets and save themselves.

Published by I’m a Gay Wizard by V.S. Santoni is a young adult LGBT fantasy.

I’m a Gay Wizard is a fascinating novel with a compelling beginning, but then begins to lack as the mystery of Marduk Institute begins to unfold.

The saving grace of the novel is the complexities of the characters. They are dealing with their sexual identities in a world that abuses them. Johnny is gay, and despite not going out of his way to hide it, he does not broadcast it for fear of being ridiculed and abused. There is a scene that is quite brutal but shows something authentic that happens almost daily. It is a hate crime, and it is a powerful scene to show the reader.

However, while the characterization is adequate, the pacing of the novel seems to lag. Once Johnny and Alison enter their new school for wizards and witches, the reader does not get to learn much about the magic. It does have a delightful blend of real Wiccan practices, fantasy, and science fiction to make it tangible to the reader. Nevertheless, the pacing is a big issue with the novel.

There is a mystery unfolding within the novel, but it takes too long to develop the story alongside the characters. It ended up coming off as tedious and repetitious, going back and forth on the character development than focusing on the story itself. The story loses itself in the characters.

Now, while the characters are allowed to be complicated, sometimes the tone of their narratives makes them unlikable at times. They seem pushy and ignore the boundaries of their friends. It seems as though the author had a hard time trying to find the balance in creating the tension between the characters.

Overall, while the characters do offer something for the narrative, the pacing fails to give it life. (★★☆☆☆) 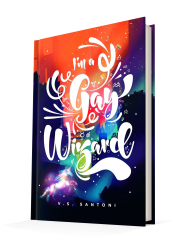