Hey there avid readers. I hope everyone is staying safe and taking the coronavirus seriously. Please stay in doors and listen to government officials. In the meantime, take this opportunity to make it through your TBR pile. Here’s a little peak at mind.

Happy reading and stay safe everyone. 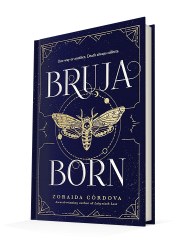 Lula Mortiz may be a bruja with healing powers, but after her family’s battle in Los Lagos, she feels broken in a way she can’t seem to fix. Then tragedy strikes when a bus crash leaves her friends and her boyfriend, Maks, dead. Desperate to reclaim normalcy, Lula invokes a dark spell to bring Maks back. It isn’t until she hears that all of the bodies from the crash have gone missing that she realizes something is wrong. Lula has unwittingly raised an army of casi muertos — creatures between the living and dead — and they’re hungry for freedom…which they can only achieve if Lula dies.

Bone ​Criers have a sacred duty. They alone can keep the dead from preying on the living. But their power to ferry the spirits of the dead into goddess Elara’s Night Heavens or Tyrus’s Underworld comes from sacrifice. The gods demand a promise of dedication. And that promise comes at the cost of the Bone Criers’ one true love.

Ailesse has been prepared since birth to become the matriarch of the Bone Criers, a mysterious famille of women who use strengths drawn from animal bones to ferry dead souls. But first she must complete her rite of passage and kill the boy she’s also destined to love.

Bastien’s father was slain by a Bone Crier and he’s been seeking revenge ever since. Yet when he finally captures one, his vengeance will have to wait. Ailesse’s ritual has begun and now their fates are entwined—in life and in death.

Sabine has never had the stomach for the Bone Criers’ work. But when her best friend Ailesse is taken captive, Sabine will do whatever it takes to save her, even if it means defying their traditions—and their matriarch—to break the bond between Ailesse and Bastien. Before they all die. 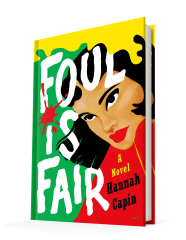 Elle and her friends Mads, Jenny, and Summer rule their glittering LA circle. Untouchable, they have the kind of power other girls only dream of. Every party is theirs and the world is at their feet. Until the night of Elle’s sweet sixteen, when they crash a St. Andrew’s Prep party. The night the golden boys choose Elle as their next target.

They picked the wrong girl.

Sworn to vengeance, Elle transfers to St. Andrew’s. She plots to destroy each boy, one by one. She’ll take their power, their lives, and their control of the prep school’s hierarchy. And she and her coven have the perfect way in: a boy named Mack, whose ambition could turn deadly.

Foul is Fair is a bloody, thrilling revenge fantasy for the girls who have had enough. Golden boys beware: something wicked this way comes.