An excellent novel, Master of One, explores identity in an impactful way that resonates with the reader, raising the stakes one trial at a time.

What makes Master of One stand out are the characters. There is much representation in the novel not only with the buildup of an M/M relationship but there is also a transgender character and a disabled character as well. It is refreshing to see such a diverse cast of characters because they are there for the audience. They give these groups of people a voice desperately needed in literature.

Moreover, the authors made it work by giving the characters distinct voices and personalities.

Rags is a thief who grew up on the streets before being sucked into this plot of Morien the Last, and evil sorcerer who Shining Talon properly refers to as Lying One and the evil Queen. He is such a scruffy character who deals with stress by laughing and it is so believable and relatable his narrative. Despite trying so hard not to be likable, the reader can relate to him and appreciates his development throughout the story.

Somhailre is also notable because of his disability. He was born with what seems like muscular dystrophy affecting the right side of his body. His life has been a struggle even though he is a prince because he is not perfect like all his other older brothers. Nevertheless, Somhairle does not let this limit him. He knows his limitations, but he is intelligent, using his disability as a cover to manipulate people into revealing information to him out of pity and the like. He is also thoughtful and precise with a gentle heart. It fits that his familiar would take an Owl’s shape, a common symbol of wisdom attributed to Athena.

These are just two of the masterful characters the authors have thrown together. There are also Cab, Inis and Einan, each with their inner demons to contend with and passions. They are all so different, but they balance each other out in a great team of reluctant heroes.

Honestly, it is like reading a great Dungeons and Dragons campaign. The reader sees the love and passion the authors have imbued in the story.

Master of One is a story that works. Jaida Jones and Danielle Bennett did a fantastic job conducting this story. There is a lot that happens, but the pacing is spot on. It does not drag or risk losing the reader because the characterization is there and the rising tension. There is also this mystery of this ancient Fae world-ending device everyone is on the lookout for. A lot is going on here, but it flows. There is passion and precision that went into the storytelling. There are also unique details, such as Somhairle’s owl, that highlight the authors’ skill.

I hope there will be a sequel. 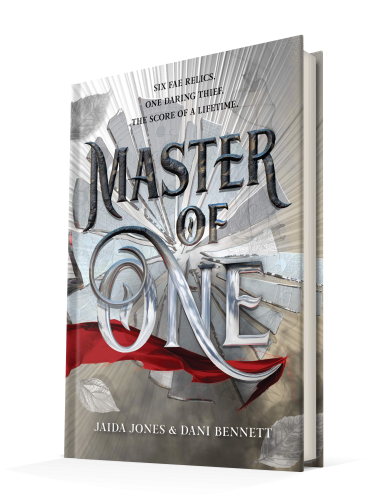