Outrun the Wind is a unique take on the tale of Atalanta and the Huntresses of Artemis. Now, that said, this story, unfortunately, fell flat.

It was interesting to see Artemis and her Huntresses brought to life. There was a coldness there, however, that created this barrier between the story and the reader. Artemis being cold, almost callous, makes her fearful yes, but it made her a little unlikable. There is also Atalanta who in Greek Mythology was a huntress for her.

Yes, this tale rewrites Greek mythology, but in doing so, it lost some of its charm and in some ways, diminished the characters. Now while it is great to see the women come on top of the men, their personalities are what is lacking.

Atalanta is not wholly likable. As a reader, I was not invested in her at all. It was great to see her stand alone and stand above the men and never back down, but there is no development to her to make her personable.

The voices in the novel, fall flat. There is no charm, no personality to connect the reader to the characters. As a novel highlighting an LGBTQ romance, it does not resonate with the reader because these characters, unfortunately, do not shine.

Kahina and Atalanta should be a romance to root for, but this story lacks depth, it lacks devotion and richness to pull in the reader. Their voices blended together, and it stems from this coldness that began with Artemis.

In short, these are shallow characters who lack the substance of the original tale.

What also makes Outrun the Wind hard to read is the pacing. It starts with Atalanta on a hunt, and then she runs off from joining Artemis and her Huntresses. The poorly paced novel stretched thin the plot, indicating a lack of direction in the storytelling. Is it about Atalanta and her run? Is it about Kahina and Apollo? It makes the reader question where the story is taking them.

When it does finally give the reader a semblance of where it wants to go, it takes too long to get there. The first half of the novel is plain boring. It has no vitality to it and the poor pacing makes the story feel like it has no substance.

Outrun the Wind is not a bad story, but it was not great either. This could have been a strong feministic story, and yet they lack personality, character growth, and poor pacing, making the story boring. This is a story that stretches in too many directions with no clear indication of where it is going and the fact that the characters have no voice, strips of any connection it might have with the reader. 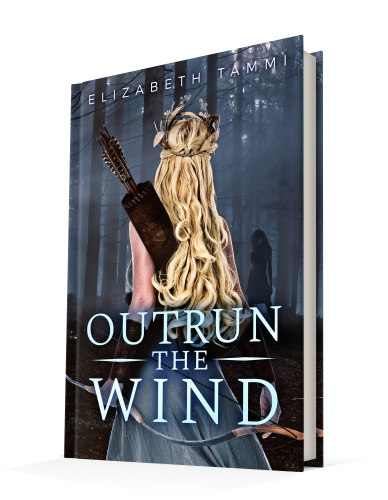