Ink in the Blood is an exciting novel that bordered on tedious. However, it contains a compelling premise and antagonist.

The premise was intriguing. It delves into Profeta, and takes an interesting approach to develop a religion based on tattoo art. It works because tattoos tend to have much meaning for people, and in this novel, that is what the author is highlighting. Profeta circles around Celia and Anya, two girls who are inklings who can tattoo their skin and then send off the tattoos to a specific individual as a sort of guidance.

However, these girls have discovered that their whole religion is just bureaucracy. They discover that it is not the Divine’s orchestrations; it is just the higher-ups and their church. This corruption leads them to run away and join a traveling theater troop taking up the act of an angel and a devil.

It is fascinating to see that whole thing evolves throughout the novel, their performance in the meaning behind it, but what is even more impressive is doing this performance. Celia and Anya have caught the Divine’s attention. Now the Divine is an interesting character because she is the original inkling. The Divine is the one who started the religion and was killed for it. She came back a second time and was killed again because no one believed who she was. Now she is a deity who can take over people’s minds, slowly driving them insane, and she is malicious, hateful, and angry.

The reader understands who she is as a character. Having the Divine as the central antagonist for the novel is engaging, especially when the author dives into the religion, highlighting how much power it has over the people.

What Did Not Work

The tone was the biggest issue with Ink in the Blood. It is very somber and severe, causing the novel to feel very heavy and slow.

There is much tension in the novel that makes the story drag and some confusion about the characters. The author was trying to include the LGBTQ community. Unfortunately, it did not translate well. The author makes it sound like choosing one’s truth and identity changes whenever they feel like it. Living one’s truth is not about changing whenever they want; it is about being true to oneself, and the language does not make it sound thoughtful.

Then there is the dynamic between Celia, Anya, and the Plague Doctor. It gets a little confusing and a little distracting for the reader as they try to figure out their relationships.

Ink in the Blood at the end of the day because it does have a solid foundation. There is just a little too much repetition and not enough lightness to balance the novel’s serious tone.

Ink in the Blood 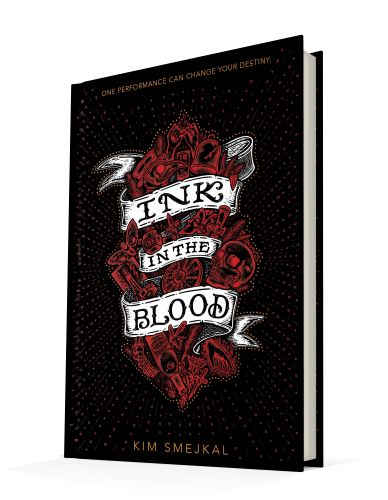 0 thoughts on “Review of ‘Ink in the Blood’”