Unbirthday is a brilliant new addition to the Twisted Tales, bringing Alice back to a devastating Wonderland.

While this is a fun novel that takes readers back to the colorful and wacky Wonderland, it delves into England during the time as well. Alice is still headstrong and outspoken and challenges the world around her, the sexism, and Wonderland’s ridiculousness. It is what makes her such a wonderful character.

Whisked back to Wonderland, Alice must save her friends who are about to be killed by the Queen of Hearts. In the Great Game, the Queen is stealing from everyone and killing anyone who stands in her way. She must have the most stuff. Ridiculous but utterly fitting for Wonderland standards.

Interestingly, the novel incorporates American McGee’s Alice, Disney’s Alice’s Adventures in Wonderland, and the classic tale by Lewis Carroll. It moves at a breathtaking pace, keeping the reader engaged page after page. Braswell also gives the story depth as it provides a commentary on current issues such as racism, immigration, and xenophobia, while also addressing sexism and feminism.

Honestly, Unbirthday is a brilliant novel. That moves effortlessly between Wonderland and England. It keeps the reader engaged both in the political intricacies of England and the absurdity of Wonderland.

Alice has grown so much since her previous incarnation, and it shows in how she addresses Wonderland. However, Braswell also explores Wonderland more, going to the court of the Queen of Clubs. There is so much Wonderland in this novel, and it is fun to read, fun to explore, but there are some dark parts. They balance each other out and encourage Alice to grow and be herself.

There is so much about this novel that makes it good that this review probably will not capture. It is colorful but also addresses important issues that are more prevalent today than ever. Unbirthday is a thoughtful and fun novel that keeps the reader engaged from beginning to end. 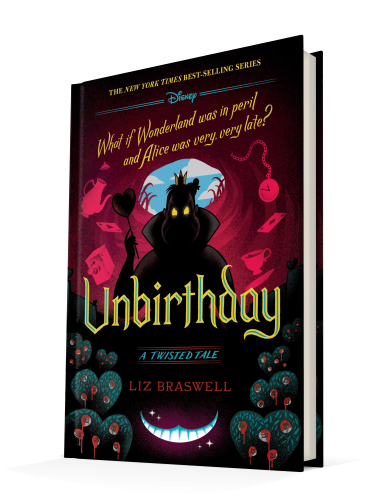