The PAN by Jenny Hickman offers readers a new take on the tale of Peter Pan and the infamous Captain Hook, creating two different establishments at constant war with one another.

The story begins with Vivienne in the hospital after collapsing at school, only to be forced to escape off a roof with a mysterious boy who can fly from agents in black. It is a good opening that gives a rough introduction to what the novel is about, and it does have much tension. However, after this opening, it seems to drop off and slow down.

From that point forward, the novel goes back and forth between Viv and Deacon, building up this world and the history behind Wendy and Peter. Again, this is not a bad thing; it does border on tedious because it is much exposition. Nevertheless, it gives the reader insight into what it means to have the Never-gene. The reader also gets to see how complicated it is to have to be immortal. Looking eternally young means nothing when the mind goes, or loved ones begin to pass away, and this gives some depth to the plot that looking 18 forever is not all it is cracked up to be.

So there is strong world-building here to give the reader a solid idea of what it means to be a part of the Lost Boys.

It is also interesting to see how Hook fits into it all. As mentioned above, there are many details in the world-building that give this story an incredibly unique edge. Many plot twists and secrets are revealed only to the reader that creates a strong sense of mystery. There is more to the story than even the characters know, which makes the story exciting.

Now, as for the characters. The romance aspect of the novel was predictable. It was clear from the beginning, and Viv and Deacon were going to form a romance. It was predictable, but there is just the right amount of tension between them to stay away from cliches. The characters needed more depth to make them more well-rounded.

The issue with the characterization is that the characters did not come alive in the plot. They felt too perfect, and the tension surrounding them needed to be more defined to give the characters some depth. Deacon and Viv just came off as formulaic characters rather than relatable characters.

Overall, The PAN is a compelling retelling. It gives some credence to the original while taking those elements and make it something new. While it needed stronger characterization, Hickman does offer readers some character development for the last half of the novel as the story develops. 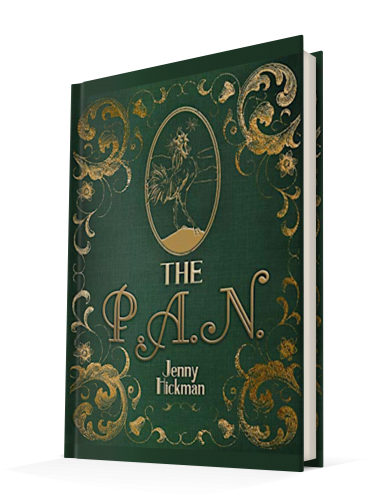