Phoenix Flame continues Maddie’s journey at Havenfall, the Inn that serves as a bridge between worlds. However, now the stakes are higher than ever for Maddie and her friends.

Phoenix Flame is a compelling sequel that was more engaging than its predecessor. The momentum here is non-stop, making it a compelling read.

It is a thrilling, action-packed sequel with more action that did not exist in the previous novel. The story moves at a rapid pace. Havenfall established the world-building and the character dynamics, whereas Phoenix Flame delves deeper into the fantasy involved in making this world. A mythical object called the Phoenix flame allows its wearer to live in another realm other than their own. Furthermore, Maddie is also discovering more about her mother’s past. The tension rises when Maddie finds her father, ventures to Frioden, and reunites with Taya. As the story develops, the dynamics shift, and the tension rises higher, giving the story an engaging pace.

Holland also delves more into fantasy, magic, and folklore. These elements were lacking in the previous novel and to see them explored makes this a sequel that is more interesting than its predecessor.

Given everything that happened in the previous novel, the characters have grown. The dynamics have changed and become more complex, and the story delves further into exploring the politics of the fantastical realms surrounding Havenfall.

Maddie has changed since the previous novel. Her relationship with Brekken is strained and has changed. Readers can see that Maddie has outgrown who they were, and it is unclear if the relationship is going to change or if they are going to grow together.

Then, of course, there is her relationship with Taya. Hollands leaves it up to the reader if they will explore their mutual attraction or remain friends. Too much has happened too quickly for both characters. It adds good character development and tension to the dynamics.

The characters, alongside the plot, have evolved since the previous book, and it was nice to see. The characters have more personality to them that makes them more relatable as far as characterization goes. 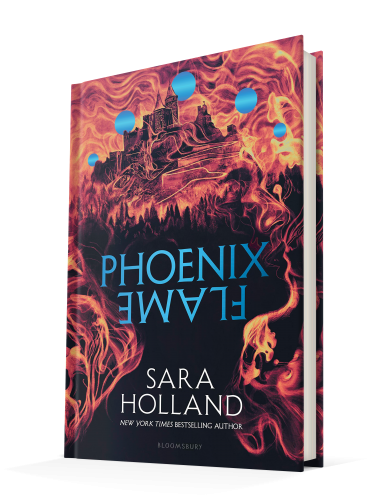