A compelling narrative After the Fire explores the lives of young adults after escaping a cult.

The novel begins with Moonbean running through the cult compound as it is on fire and invaded by police and armed forces. She is running through fire to save the children locked in their dorm.

The story continues to follow Moonbeam as she begins her rehabilitation and recovery at the hospital.

In some ways, this story was reminiscent of The Sacred Lies of Minnow Bly, exploring the effects of brainwashing and elitism. The story is an emotional one that goes back and forth between the past and the present, exploring the details of Moonbeam’s life in a cult.

Will Hill wrote After the Fire in a terrific way. It showcases Moonbeam, flashing back to the present as interludes, answers to questions by the FBI and Child Psychologist. It is interesting to see how different children deal with being away from the cult. Moonbeam is 17 going on 18, and there are children as young as five that she has to care for now. The reader sees the protective nature Moonbeam’s character and how her time in the cult shaped her and changed her over time.

Moonbeam was not blind. On a subconscious level, she understood the changes that happened in the cult when John took over. It went from being this haven for people who needed God to this brainwashed society. Many people leave over time, but others stayed and allowed themselves to be brainwashed. For Moonbeam, she was a child with a mom who had nowhere else to turn and stayed until she could leave until it was safe for her daughter.

After the Fire is a thoughtful read, once again, Moonbeam is not blind, she is aware, but she has gone through so much. She was raised in a sexist and misogynistic community that took away the rights of women. It was a community that prided itself on violence and power. Moonbeam faces the struggle of silencing Father John’s voice in her head, shutting it up and growing out of it.

Hill did an excellent job with the story, going back and forth from beginning to end and exploring the passage of time in a way that worked with the story. The Before was not always linear, but the way the writer introduces the past makes it work.

There is also immeasurable character development. The reader sees how much Moonbeam grows throughout the story, and it is empowering. Moonbeam rises to the occasion and stands up for what is right. That is a significant moment in the story that makes this novel so compelling from beginning to end. 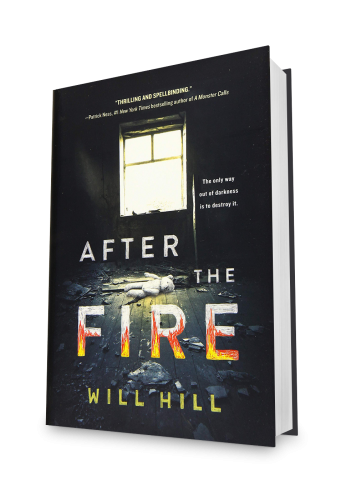