Afterlove claims to be “the lesbian love story you’ve been dying to read.” A bold claim, but one that holds as it tells the story of Poppy and Ash.

As a reaper, the story begins with Ash going to collect one girl’s soul and help her board Charon’s boat. Here, Ash reminisces on her romance with Poppy, her first kiss, and what the story is all about.

Then the story transitions to the romance of Poppy and Ash. The way that Byrne makes the story unfold, make the romance unfold is what pulls in the reader. It is not a slow burn novel, but rather one that focuses on building up the emotional relationship between the characters something real.

Byrne focused on the characters, building up their pasts and personalities. The characterization is fantastic and brings the romance alive in the novel, especially once Ash dies and becomes a reaper. The connection between the girls begins as a friendship, one full of hope before beginning the romance. But that is what makes the romance all the more wholesome. There is depth to it, even when it seems so much like young puppy dog love; when the reader sees the characters react to one another, there is wholesomeness to it that makes the reader want to read.

As Afterlove develops, it has an exciting plot. As mentioned above, it begins with Ash as a reaper already. The opening gives insight into what the story is about and how it is expected to evolve.

Then it goes toward Ash’s life before, her meeting with Poppy, her romance, and then her depth. But the way the story develops, the momentum seems fast because the reader gets lost in the story. But that is how a good story is always told. Admittedly the “meet-cute” did seem off. There is this lack of connection between the characters, but that has to do more with the dialogue. It feels as though the author was trying a little too hard to create this natural way for the characters to meet that it felt forced. But once the dialogue began between the characters and their personalities balanced one another, the story’s pacing picked up.

Ash’s time as a reaper is probably one of the more compelling moments in the storytelling. Her thoughts go back to her family and Poppy, her first love. That desire, that ache she feels, the way she is just expected to just “deal” with her death, gives the story this compelling edge. Yes, the romance is just as persuasive, and I say this as someone who is not interested in romance stories, but it is the connection between the characters and that love that the reader can connect to. Everyone remembers their first love and how it made them feel, and that freshness, that raw emotion propels the story forward.

Ultimately, Afterlove is a beautiful read. It has a compelling narrative and unique story that keeps the reader engaged and invested. After all, who does not want to find their loved ones in the afterlife? That right there connects to the reader and their heart. 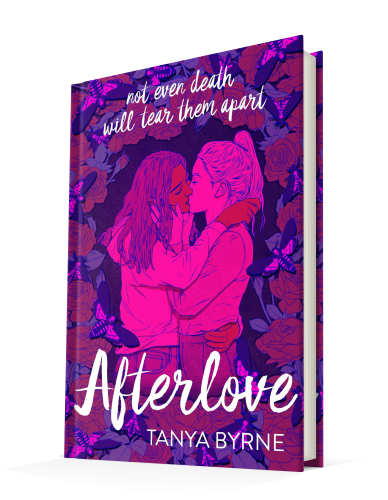