Punkish Minus the Attitude | Review of ‘Legacies Reborn’ (Lorien Legacies: The Lost Files #13)

Not a very bold story that presents readers with a fairly two-dimensional character highlighting the lack of heart that Lore usually puts in most of his earlier stories.

Nothing New | Review of ‘The Guard’ (Lorien Legacies: The Lost Files #12)

The twelfth novel in the Lorien Legacies: The Lost Files novella series by Pittacus Lore, The Guard, published by HarperCollins is more of the same and nothing new as it follows Lexa on her living as a hacker and as the shadowy figure known as GUARD. 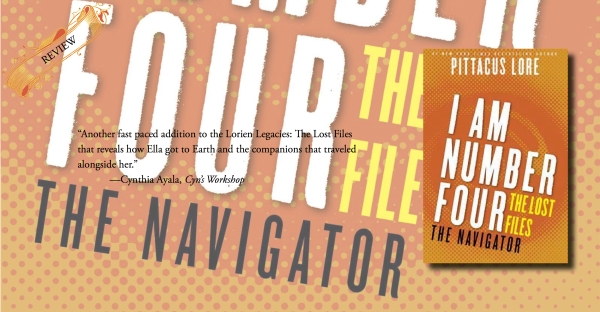 World Building All On Its Own | Review of ‘The Navigator’ (Lorien Legacies: The Lost Files #11)

Another fast paced addition to the Lorien Legaices: The Lost Files series that reveals how Ella got to Earth and builds the origin of GUARD, their secret keeper and hero from the shadows. 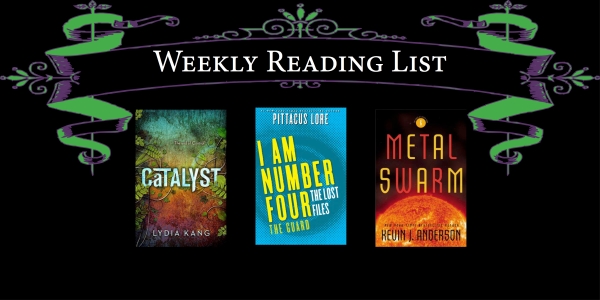 By Cynthia Ayala Hey there avid readers! So I am almost done with this semester. Woohoo! I’m so excited to … Continue Reading Weekly Reading List #26

Thanksgiving is approaching fast and if you’re like me and want to avoid the stores and not a football fan, then you probably want to curl up on the couch with a good book. But what to read? Well take a look at this list of books and see if anything here tickles your fancy.

Wondering what to read next? How about a retelling of Alice in Wonderland? Another novella regarding the Garde of the bestselling I Am Number Four series. Or how about something entirely different? Something new? Check out what’s on my reading list for the week. 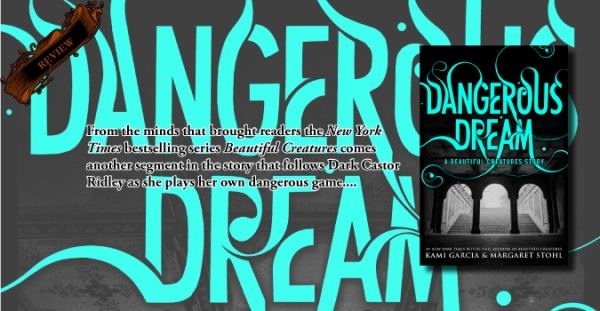 Dangerous Dream is the new novella from the Dangerous Creatures series by Kami Garcia and Margaret Stohl. Published on December 17, 2013 by Little, Brown Books for Young Readers, this young adult fantasy novel follows the Dark Caster Ridley as she finds herself in a bit of trouble of her own making[…]

A Book Only Fans Could Love | Review of ‘Dangerous Dream’ (Dangerous Creatures, #0.5)

From the minds that brought you the New York Times bestselling Beautiful Creatures series comes another segment in the story that follows Ridley, the Siren Dark Castor as she plays her own dangerous game. Of course in this tale, characterization can only go so far. 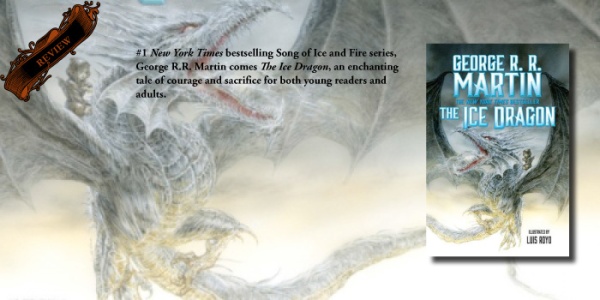 Review: “The Ice Dragon” is a Game of Thrones story for all ages – Emertainment Monthly

Set in the land of Ice and Fire, “The Ice Dragon” tells the story of Adara, a young girl who can “tame” the fearful ice dragon though friendship and kindness

Do you like ya fiction? What about historical retellings? Well here are three books I’m interested in reading and what they are about. A story about Robin Hood, the first released book in the Dangerous Creatures series by Kami Garcia and Margaret Stohl and the fourth novel in the Bloodlines series by Richelle Mead. Interested yet? Wondering if you should give these books a try? Well check out why I’m interested and maybe you will be too.

George R. R. Martins brings forth more for fans of Game of Thrones. But here’s something different, this short story is a beautiful and thoughtful story not just for adults, but for kids as well.

Lore gives a deeper insight into Five, the betrayer, with this additionally novella in the Lost Files companion series. A captivating narrative that allows readers to sympathize with an otherwise unsympathetic character.

The final short story I had the pleasure of writing before my Leave of Absence from Emerson College. The story follows a marriage couple who find out they are unable to have children.

So this is another short story that I wrote or my creative writing class, again Freshman year. I was really inspired by the music video Beautiful Hangover by Big Bang. This was right when I got into Kpop, courtesy of my delightful roommates. I remember telling them I had no idea what I wanted to write about for my second short story and well joking one of them said, because this video was on, to write about this. And I did. It was a lot of fun to write this story and share it with my classmates. I’m overall very pleased with the outcome of the story. Hope you enjoy!

MONSTER OF NIGHT – A SHORT STORY

During my freshman year at college I was asked to write a short story for my Creative Writing. This was the final draft. Not the one I initially presented in the class but one that has been edited – I hope – and one I really enjoyed writing because I love subtly in writing and this is the story I experimented that with.