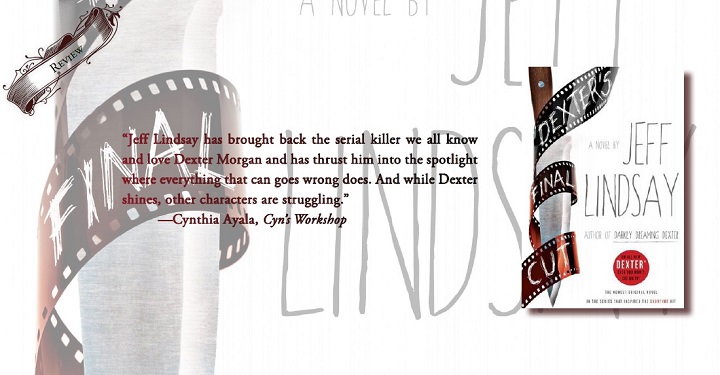 Hollywood has come to Miami and is shadowing one Dexter Morgan. But one of the stars has her own murdering stalker putting Dexter in a precarious situation, one that only gets worse as his family life starts to dissipate.

Published on September 17, 2013, by Doubleday, Dexter’s Final Cut by Jeff Lindsay is the seventh novel in the critically acclaimed series that follows Dexter Morgan and his dark deeds.
END_OF_DOCUMENT_TOKEN_TO_BE_REPLACED

By: Nick Venable Though it still doesn’t have a release date yet, Jim Mickle’s We Are What We Are has gotten enough festival buzz to make the film seem like it could be a successful remake – Jorge Michel Grau wrote and directed the 2010 Mexican original – while also rising above Mickle’s other previous lackluster genre efforts. Positivity breeds optimism, which is needed to really get … END_OF_DOCUMENT_TOKEN_TO_BE_REPLACED

By: Leslie Kasperowicz After eight seasons on Showtime, Weeds is reaching the end. The show will wrap up in the upcoming season, not really much of a surprise since there’s been plenty of rumor hinting that the eight’s season would be the last. Now the last task is to wrap up all the loose ends and give fans a satisfying conclusion. The word groundbreaking gets … END_OF_DOCUMENT_TOKEN_TO_BE_REPLACED