Hey there readers. I hope everyone is having a wonderful week. So it looks like I might have to take some time off from blogging. I have all these books, 2 are ARC’s and 2 are library books all set to expire in the next few weeks. Here’s hoping I’m able to get to them all. Man or man do I need a time-turner or what. Anyway, here’s hoping I don’t need to take time off for my reading. Although, I do love reading…. 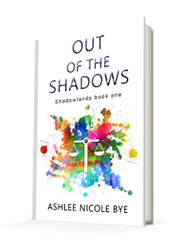 Nobody ever said death would be easy…

From the streets of Melbourne to the bowels of Westminster, the delicate balance between life and death that is so painstakingly maintained by the reapers of The Order of Dark and Light is being tested by the return of an ancient threat. Tensions are rising within the hidden world of The Shadowlands and if this threat is not contained war will be inevitable. And the destruction of the human world is bound to follow in its wake.

Amidst this tension, eighteen year-old Sachi Manning is struggling to cope with the grief and guilt that has plagued her ever since her best friend was murdered six months earlier—that is, until she spots him seemingly alive and well and being held at scythe point by a hooded figure who looks more like a GQ model than the Grim Reaper.

Sachi shouldn’t be able to see through the glamours that shield Shadowlanders from the human world, so the reaper in question wants some answers. And so begins the craziest couple of weeks of Sachi’s life as she is drawn into a world of mysteries, magic, monsters, and mayhem, encountering dragons, faeries, soul-sucking demons, not-so-grim reapers, and even the Horseman of Death.

With a mix of heart, humour and hair-raising action, Out of the Shadows is the adventure of an afterlifetime, perfect for fans of Cassandra Clare and Kresley Cole. Having long-wondered what lives beyond the ice shelf, nineteen-year-old mermaid Ersel learns of the life she wants when she rescues and befriends Ragna, a shield-maiden stranded on the mermen’s glacier. But when Ersel’s childhood friend and suitor catches them together, he gives Ersel a choice: say goodbye to Ragna or face justice at the hands of the glacier’s brutal king.

Determined to forge a different fate, Ersel seeks help from Loki. But such deals are never as one expects, and the outcome sees her exiled from the only home and protection she’s known. To save herself from perishing in the barren, underwater wasteland and be reunited with the human she’s come to love, Ersel must try to outsmart the God of Lies.