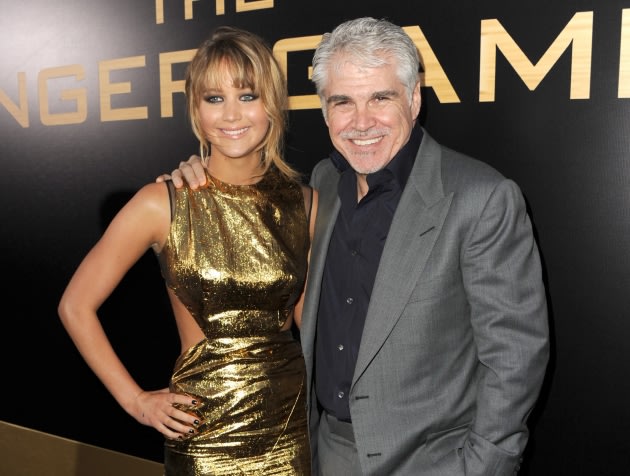 The Hunger Games director Gary Ross is set to sit down with Lionsgate executives Monday for a key meeting that will help determine his role in the follow-up to the mega-blockbuster.

Contrary to previous media reports, Ross — who returned from a vacation in Italy on Friday — has not exited the booming franchise. But he is not yet signed to return for the second installment,Catching Fire, and sources say the filmmaker is concerned about an ambitious production schedule that would require shooting to begin in August so that star Jennifer Lawrence can complete her work before she is due to start filming a sequel to Fox’s X-Men: First Class in January.

The Hollywood Reporter said last week that Fox has informed studios and talent agencies of its planned start date for the Matthew Vaughn-directed X-Men movie. Since Fox’s deal with Lawrence predates her contract for Hunger Games, X-Men is in a priority position. With the script for the second Hunger Games not yet locked, that means all preparations for a sequel would have to be done in four months — a tough schedule to meet.

Sources describe the negotiations between Ross and Lionsgate as delicate. In addition to his concerns about the schedule, THR reported Wednesday that the filmmaker would like a raise from the $3 million (and 5 percent of backend) that he received for the first film, which has passed $450 million in worldwide box office and received an 85 percent “fresh” rating from critics on Rottentomatoes.com. Ross, an accomplished screenwriter and director (Pleasantville, Seabiscuit) has several other projects in development and could choose to pursue any of them.

One option for Lionsgate is that it could attempt to “buy” more time for Ross, essentially paying Fox (or horse trading in other ways) to bump its production schedule to accommodate the Hunger Games shoot. Or Lionsgate could move on and hire another filmmaker to take on the sequel, much like Twilight studio Summit Entertainment dropped Catherine Hardwicke in favor of Chris Weitz for the second installment of that franchise.

Either way, the next week or so should bring some clarity to the future of Hollywood’s hottest movie franchises.