Resident Evil.  We all know about this franchise.  There was a viral outbreak that allowed the dead to reanimate.  Zombies.  It’s not something that is new, but rather over done.  Zombie movies are usually something you watch when you’re in the mood for a bad/good movie.  A movie so bad that it’s good.  Resident Evil changed that.  Based off the games by Capcom, Resident Evil made it’s debut in 2002.  It introduced us to Alive (played by Milla Jovovich) and set up the scene for the movie.  There was an outbreak in an underground facility that was unexplained so Umbrella sent in commandos to investigate.  Once they dismantle the Queen, everything goes to hell.  That is what I love about this movie.  The plot.  It moves at a slow pace and the first time I watched it I jumped…and I’m not an easy one to scare, I grew up watching horror films.  The plot moves, it weaves an actual plausible story line that does justice to the game by setting the place in Raccoon City.  This was a great movie.  Not only was the acting very well done, it had the action the back it up, to make it the success he was.  The creation of the zombies, bringing them back to life, was done very very, making them look very menacing.  I loved the entire structure of this movie.   And I thought that it was very well done.

Was this movie as good as the previous one?  No.  I felt that at some points the acting was a bit stagnant.  It could have been better.  I liked the story, although I felt a bit rushed in it’s development.  However, despite that it had clear connections to the video games and novels giving it a clear way to built the story.  The creation of Nemesis was a great plot point, connecting it to the first, making it clear that it was Matt.  That revelation was a gut wrenching moment when the acting was at it’s finest.  This movie further built up just how vile the Umbrella Corporation is, further revealing who they really are.  This movie was more action oriented considering that the fear factor, after the release of movie one, was done and over with.  The action sequences were done very well.  They were simply heart pounding.  And I loved the humor that was presented into the film.   Those scenes were the best, appearing effortless in both the acting as well as the script.  If I had to rank this one, out of the four movies, I would rank it as 3.

As far as I am concerned, although this movie has a lot of character development and great moments, this was, by far the worst movie.  I say that because of the story.  The plot is that the world has become a desert.  That simply does not coincide with what the T-Virus does.  It reanimates the dead.  Therefore, the world shouldn’t be able to turn into a desert.  My biggest problem with this movie is the fact that the world is a desert.  Other than that, I liked this movie.  There was a lot of character development in Alice from the first movie.  She has more solidarity as a character, but also making her a loner, making her a broken character who feels like she’s an outcast, made her more appealing, more human.  Character wise, better than Apocalypse, especially the addition of Clair Redfield, but story wise, by far the worst.  However, the fight sequence at the end and the discover of her clones, were the best.  I also did love the tie-ins to the previous movies. 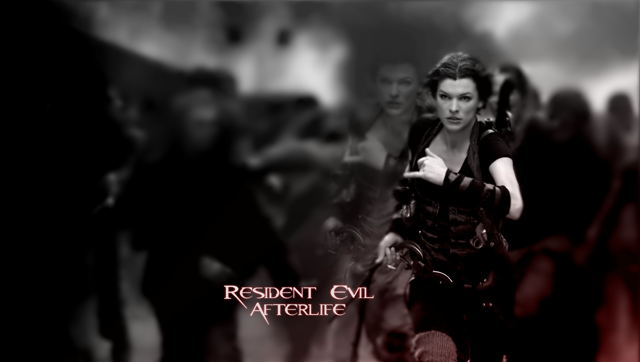 Now, this was, in my opinion, the best of the Resident Evil movies.  The development of the zombies, making them more than just zombies, giving them a sense of evolution.  That also connected very well to the games.  This movie was more like the games than the previous ones.  The fact that it ignored the premise of the world being a desert pleased me, however, they didn’t completely throw that out of the window.  It is a sequel, therefore it needed to follow after it.  What I liked most was the fact that we got to see not only a return of Claire Redfield, but also Chris Redfield.  We got to see these two in action, which was great.  However, I would have liked to see them in action more so.  Their portrayals of the characters were very well done, except there wasn’t a lot of them.  The slow motion sequences were enough on their own, the addition of  3D was wasted on this film, they are lucky they covered their cost by making so much worldwide.  The special effects were enough on their own, it did not need to addition of 3D.  It was overkill, and brought down the overall value of the movie.  Not the best thing they could have done.  Despite that though, I loved this movie.  It was funny, well written, good story and plot points as well.  Fast paced, with amazing special effects on their own.  Loved it. 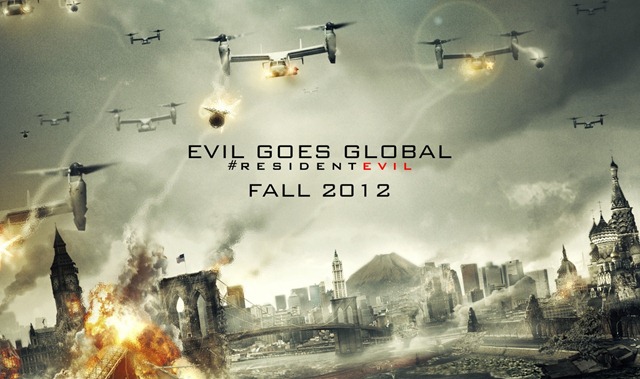 I don’t know about the rest of you but I can’t wait to see this movie.  What I like, even though I think it’s a bit outlandish, is the return of some of the famous characters from the previous movies.  This highlights to the lengths that the Umbrella Corporation will go to in order to stop Alice.  It also highlights their fear of her.  Will I be seeing this movie in 3D, probably not considering that 3D is overkill and unnecessary for a movie like this.  That’s what I like about it.  We get to see a return of some of the most desired characters, who also meant a lot to Alice, but we also get to meet those that are famous in the game.  Namely Leon Kennedy and Ada Wong.  I’m so excited to see those faces.  Also the presentation of the Las Plagas and the fact that Alice is having more fun, taking joy in the killing of the zombies, give her a badass appeal.  No longer is she trying to distance herself with people and deal with whatever it was she was, now she’s trying to put the bad guys down.  Hopefully that won’t mean putting down her friends.  I don’t know about the rest of you, but ever since Apocalypse, I have been waiting to see the cat-fight between Alice and Jill Valentine.