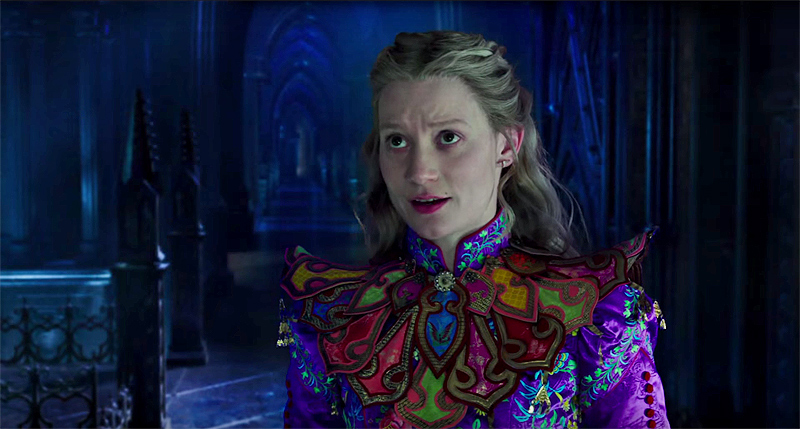 Isn’t this such a fun week. First we have a look at Fantastic Beasts and Where to Find Them and now Disney was kind enough as to reveal the trailer for the sequel to Alice in Wonderland, Alice Through the Looking Glass.

Much like the original, this film is going to be crazy with a return of quirky characters, time travel, and, of course, unconventional adventures.

Mia Wasikowska is returning as Alice in this sequel that is loosely based on Lewis Carroll’s 1871 sequel of the same title. The trailer reveals Alice going through a mirror and into the Underground with her favorite and crazy comrade, the Mad Hatter (played by Johnny Depp), who needs her help. A voice in the trailer, very ominous sounding, tells her as she takes off to go save her friend, “Friends cannot be neglected. Hurry.”

James Bobin, famously known for Flight of the Choncords, follows the same visually colorful tradition established within the first film directed by Tim Burton. The entire original cast returns including, including Helena Bonham Carter as the Red Queen, Anne Hathaway as the White Queen, and Depp as the Mad Hatter. And it’s worth noting that one brand-new character makes its debut in the trailer. That’d be Time himself, a half-clock, half-human character who’s set up as Disney’s newest villain. “He is not someone you want as your enemy,” Alice is warned.

This film is mainly aimed at an older audience, specifically older fans of Disney’s 1951 animated film and its 2010 live-action blockbuster. Wow, its been 5-years since the last film.

“Because the first movie was so commercially successful, obviously there was this idea that we should make a sequel,” says producer Suzanne Todd. “But we took a really long time trying to figure out what the interesting themes were for us, which was this idea that we all inadvertently waste time. Once it’s gone, it’s gone forever.”