Hello there avid readers! I hope everyone is having a wonderful month and I hope everyone has gotten their Christmas shopping done. If you’re shopping for an avid reader like myself bookshelves, Barnes and Noble gift cards and books are always a good way to go. And if you’re not sure what kind of book well you can always take a look at everything I’ve read this year and at this latest reading list.

Let me know what you think about these titles in the comments section below and let us know here what’s on your reading list. Happy reading! 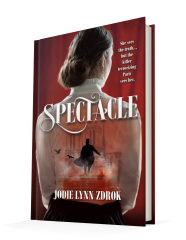 A YA murder mystery in which a young reporter must use her supernatural visions to help track down a killer targeting the young women of Paris.

Sixteen-year-old Nathalie Baudin writes the daily morgue column for Le Petit Journal. Her job is to summarize each day’s new arrivals, a task she finds both fascinating and routine. That is, until the day she has a vision of the newest body, a young woman, being murdered–from the perspective of the murderer himself.

When the body of another woman is retrieved from the Seine days later, Paris begins to buzz with rumors that this victim may not be the last. Nathalie’s search for answers sends her down a long, twisty road involving her mentally ill aunt, a brilliant but deluded scientist, and eventually into the Parisian Catacombs. As the killer continues to haunt the streets of Paris, it becomes clear that Nathalie’s strange new ability may make her the only one who can discover the killer’s identity–and she’ll have to do it before she becomes a target herself.

2. The Stars We Steal

Engagement season is in the air. Eighteen-year-old Princess Leonie “Leo” Kolburg, heir to a faded European spaceship, only has one thing on her mind: which lucky bachelor can save her family from financial ruin?

But when Leo’s childhood friend and first love Elliot returns as the captain of a successful whiskey ship, everything changes. Elliot was the one that got away, the boy Leo’s family deemed to be unsuitable for marriage. Now, he’s the biggest catch of the season and he seems determined to make Leo’s life miserable. But old habits die hard, and as Leo navigates the glittering balls of the Valg Season, she finds herself falling for her first love in a game of love, lies, and past regrets. 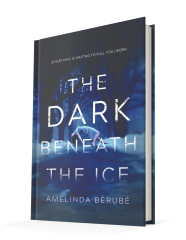 3. The Dark Beneath the Ice

Something is wrong with Marianne.

It’s not just that her parents have split up, or that life hasn’t been the same since she quit dancing. Or even that her mother has checked herself into the hospital.

She’s losing time. Doing things she would never do. And objects around her seem to break whenever she comes close.

Something is after her. But a first attempt at an exorcism calls down the full force of the thing’s rage. It demands Marianne give back what she stole. And Marianne must uncover the truth that lies beneath it all before the nightmare can take what it think it’s owed, leaving Marianne trapped in the darkness of the other side.