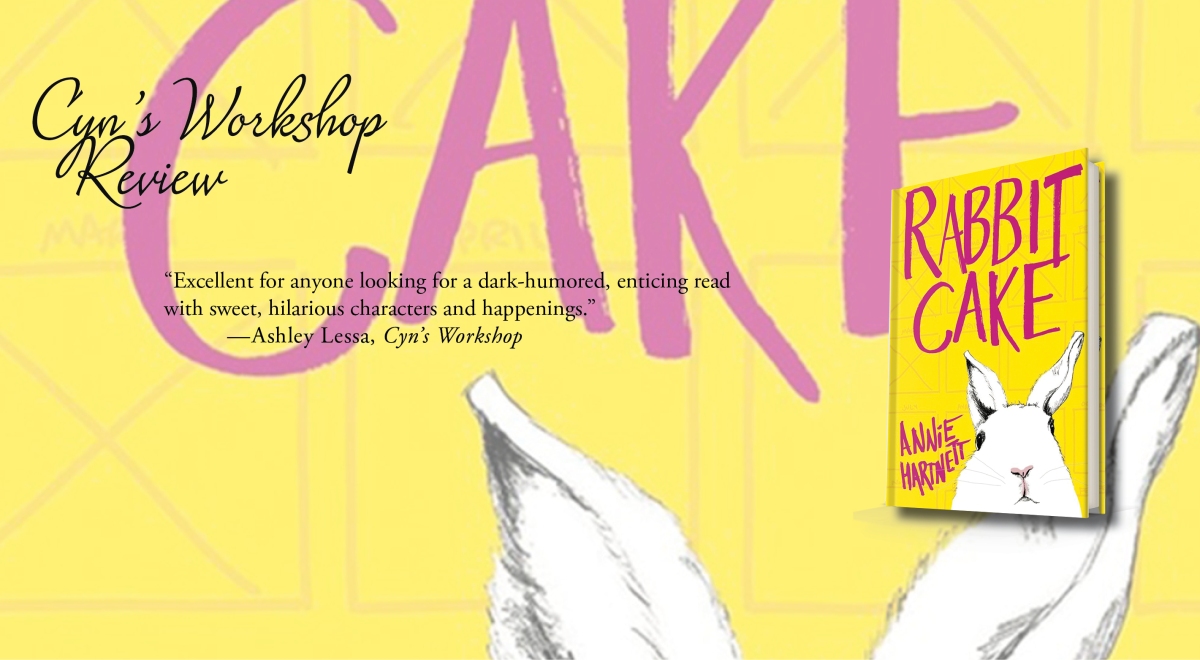 “Elvis Babbitt has a head for the facts: she knows science proves yellow is the happiest color, she knows a healthy male giraffe weighs about 3,000 pounds, and she knows that the naked mole-rat is the longest living rodent. She knows she should plan to grieve her mother, who has recently drowned while sleepwalking, for exactly eighteen months. However, there are things Elvis However, yet know―like how to keep her sister Lizzie from poisoning herself while sleep-eating or why her father has started wearing her mother’s silk bathrobe around the house. As hilarious a storyteller as she is heartbreakingly honest, Elvis is a truly original voice in this exploration of grief, family, and the endurance of humor after loss.” – Tin House Books

Elvis Babbitt’s mother used to make rabbit-shaped cakes to celebrate every occasion. On Elvis’s 10th birthday, she burns it. Six months later, when her sleepwalking mother drowns in the river by their house, Elvis hides the mold under her bed in grief.

The coroner says her mother’s death was an accident, but Elvis is not buying it. Thus Elvis sets about her town asking questions and deep-diving for answers. That is when she is not volunteering at her local zoo, finishing her mom’s book about sleepwalking animals, or trying to keep her sleepwalking sister safe.

Rabbit Cake follows Elvis through the first 18 months after her mother’s death (the amount of time her guidance counselor says it should take her to process her loss). As Elvis yearns for answers, she continually wonders whether those around her consider her grief “abnormal.”

While a novel focused on grief sounds like a heavy read, Hartnett’s dark humor and quirky characters make the book both poignant and immensely fun. While it explores distinctly adult themes from affairs to suicide and is not appropriate for all young readers, it has the tone of a YA novel. Hartnett portrays the viewpoint of a child with a refreshing level of honesty; Elvis is super smart in the realistic way a quirky preteen might be, not overly wise nor full of naïveté.

As the months pass in the novel, readers follow Elvis through amusingly bizarre scenarios; her sister attempts to obtain the world record for most rabbit cakes baked, a statue of Jesus commissioned by her mother made of taxidermy fish arrives at their door. The book is undoubtedly longer than necessary, exploring a few too many plot points with only surface-level depth. However, while it could have ended several chapters earlier, it is hard to let go of the endearing characters.

Overall, this novel is excellent for anyone looking for a dark-humored, enticing read with sweet, hilarious characters and happenings. For those who have experienced loss, one might find Elvis relatable and comforting as well. (★★★★★)

Ashley Lessa is a freelance writer and non-profit administrator residing in southern Massachusetts. She holds a BA in Writing, Literature and Publishing from Emerson College.