Hey there avid readers, I hope everyone is having a wonderful time this week. I’m still working on catching up on my reading list. I am doing rather good actually, all this time off from work has given me plenty of time to make a small dent in my reading pile. 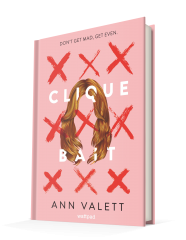 Chloe Whittaker is out for revenge.

Last year her best friend Monica’s life was unceremoniously ruined by the most popular students at their high school, so this year Chloe plans to take each and every one of them down. She’s traded in her jeans and T-shirts for the latest designer clothes, erased anything on social media that would tie her to Monica (and blow her cover), and carefully figured out how she will befriend the members of the clique, find out their deepest and darkest secrets, and reveal them to the world.

Chloe has the perfect plan . . . but there’s one thing she didn’t prepare for. And that’s falling for someone she’s determined to destroy. The closer she gets to uncovering the secrets the in-crowd is determined to cover up, the more she realizes that she is going to have to choose between betraying her oldest friend or the boy who’s captured her heart.

A forest, besieged. A queen, unyielding. Fans of Leigh Bardugo and Holly Black will devour this deliciously dark Eastern European–inspired YA fantasy debut.

When the Golden Dragon descended on the forest of Kamiena, a horde of monsters followed in its wake.

Ren, the forest’s young queen, is slowly losing her battle against them. Until she rescues Lukasz—the last survivor of a heroic regiment of dragon slayers—and they strike a deal. She will help him find his brother, who vanished into her forest… if Lukasz promises to slay the Dragon.

But promises are all too easily broken. 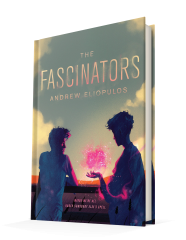 A magic-infused YA novel about friendship, first love, and feeling out of place that will bewitch fans of Rainbow Rowell and Maggie Stiefvater.

Living in a small town where magic is frowned upon, Sam needs his friends James and Delia—and their time together in their school’s magic club—to see him through to graduation.

But as soon as senior year starts, little cracks in their group begin to show. Sam may or may not be in love with James. Delia is growing more frustrated with their amateur magic club. And James reveals that he got mixed up with some sketchy magickers over the summer, putting a target on all their backs.

With so many fault lines threatening to derail his hopes for the year, Sam is forced to face the fact that the very love of magic that brought his group together is now tearing them apart—and there are some problems that no amount of magic can fix.